Over are the days of trekking long distances to make a distress call. Finally, cell phones ring in the border villages of Machil, Dudi and Posh Wari. It was a tough task for the operators to extend the service as these villages are literally at the Line of Control (LoC). The aerial distance is between 8 and 12 km. Given the frequency of shelling and other security sensitivities, authorities had to take on board the army and ensure a lot of mandatory clearances. But if somebody deserves credit for extending the service, it is none other than Lt Governor Manoj Sinha who announce it in October 2020.

Out in Punjab to earn his livelihood, a South Kashmir youth was stabbed with a scissor. Reports suggest Danish Kumhar, a resident of Dooru (Anantnag), was stabbed in Patiala by goons. Working as a caterer, Danish as per the police was immediately shifted to the tertiary care hospital. As the police have registered the case in Kotwali police station (FIR No. 27/21), on charges of attempted murder under the section of 307 of Indian Penal code, the accused have been arrested and investigation started.

Ganouri-Tanta village in Doda finally got electrified for the first time. So much so was the celebrations that the District Development Commissioner (DDC) Sagar D Doifode visited the village and formally declared it as electrified by lighting a bulb amid huge rounds of applause. The villagers said the issue was raised with LG Manoj Sinha, and it was on his directions that despite the difficult weather conditions, the huge task was completed in just half-a-month, thereby ending decades of darkness in a village situated at 5000 feet above sea level. The village is located deep into the Doda mountains.

On January 1, when Kashmir was reeling under intense cold, a young athlete from Sopore set out on a self-sponsored expedition to cycle from Kashmir to Kanyakumari, some 4000 kilometres. He has set a target of 24 days in order to break the previously held record in the process. Already a winner, this is not new to Manan Hassan Wani. He has bagged 32 gold, silver and bronze medals at various national, state and district level cycling and running competitions besides achieving the feat of cycling the 480-km Srinagar-Leh highway in a record 22 hours, two years ago. This time, he says there are two reasons to undertake this journey, one to show the hidden talent of Kashmiri youth to the world and second to emphasize the importance of fitness among the young and old. But there are costs involved. Having lost his father, the only source of his family is his mother’s pension. And she too had to sell off her jewellery to get Manan a second-hand professional bicycle and some money to sustain during his trip. Rest, at all other forums of support, he says he was dejected.

Impressed with his performance during Indian Premier League (IPL) 2020 edition in UAE, Sunrisers Hyderabad have retained Jammu and Kashmir rising star Abdul Samad in its squad for IPL-2021. Last year, Samad became third Jammu and Kashmir cricketer and first from Jammu province to play in the cash-rich league. He was an instant success and went on to play 12 matches during the tournament in which he scored 111 runs with an average of 22. However, his strike rate and big hits impressed everyone. He finished the tournament with a strike rate of 171. Samad also took a couple of wickets during the tournament. Last week the Hyderabad franchisee announced its list of 22 players including  Samad. 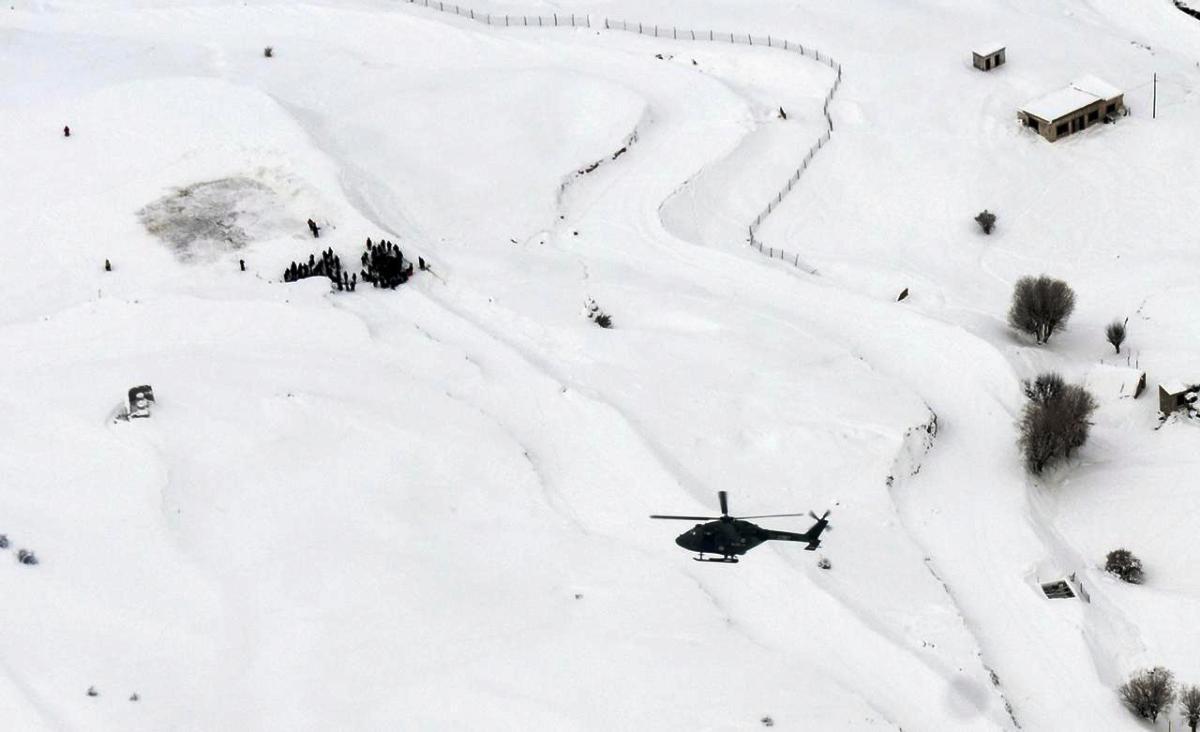 As the Kashmir was draped over by the white blanket turning it majestic, but it turned tragic in Devsar Kulgam, where two minor Bakerwal children died of severe cold conditions. Identified as Sahil Zubair, 10, and Shazia Jan, 6, they were sons of Zubair Ahmad Mandar. Actually hailing from Reasi, Zubair’s family had shifted to Brinal Lammar area in Devsar. The family was putting up in a tent under the open sky. The local administration reportedly had asked the family to shift to a nearby school for shelter but “the family did not listen.”

The world-famous Kashmir’s Pashmina has ruled over the international market for centuries. It has always been the fabric from Ladakh and then the production in Kashmir. But now after the down-gradation and bifurcation of Jammu and Kashmir State into two Union Territories, the Ladakh administration has decided to compete with Kashmir Pashmina in the domestic and international market with their own innovative designs. A Jammu reported that the Ladakh’s administration in collaboration with institutes of national importance such as NID and NIFT will design inputs, training, product diversification, marketing and branding for overall quality improvement in the sector. Ladakh is the home to high-quality Pashmina goats.

Over the years many Kashmiri have tried their luck with the reel world and won accolades. Two Kashmiri actors Hina Khan of the Bigg Boss fame and Zahid Qureshi won awards at MIFF 20-Montgomery International Film Festival-2020, which is one of the top festivals in the United States of America, for their film Lines, a film about the political divide. Hina Khan, the actor in lead in this film, is a Srinagar born actor while as Zahid, who won the award in supporting role, is a resident of Fazalabad in Poonch. His family still lives in the same village. They became the first Kashmiris to win an award in the international top film festival. The film had four nominations for best actress, film, director and supporting role, and won two, both bagged by Kashmiris.

As the pandemic engulfed the whole world, education was the worst hit. All educational institutions were closed to stop the Covid spread but despite all these problems, the Delhi Public School Srinagar has a piece of news to celebrate. Two of its students, Anna Amin, a class 9th student and Nishit Kaul, a class 6th student, were awarded Innovation in Science Pursuit for Inspired Research (INSPIRE) Award. They are among the 1125 INSPIRE Awards given at the national level, who received a cash prize of Rs 10000 besides getting mentoring support from Department of Science & Technology, Government of India.

Art means expression. But when it comes to Kashmir your art remains mostly revolved around politics and human rights. Last year cartoonist Suhail Naqshbandi resigned from his job from a leading English daily claiming his work was not getting published. This year he had good news to cheer about and share with his friends and fans. He has been selected as Onassis Air Emergency fellow for 2020-21. Under this fellowship, he will receive a stipend of 3000 € as well as support from the Οnassis Air team in the research activity. Other than Suhail, Vala T Foltyn, Okwei Odili, Selma Selman also got this fellowship for this year. Onassis Foundation was created by Aristotle Onassis to honour the memory of his son Alexander, who died at age 24 in an aeroplane crash in 1973.

Previous article‘We Draw Our Identity From Our Mother Tongue’
Next articlePahalgam Freezes At Minus 11.9, MeT Predicts Dry Weather Till January 31