SRINAGAR: Fresh snowfall occurred everywhere in the Valley including Srinagar city which received moderate to heavy snowfall on Sunday.

An official of the MET department said moderate snowfall reported from most places of J&K and as of now snowfall of same intensity likely to continue till afternoon and temporary break till evening.

He forecasted widespread snowfall in many areas of the valley on Sunday and Monday with heavy snowfall at isolated places.

“Overall, snowfall will continue from January 3 and January 6 forenoon with the occasional break. This may lead to the disruption of surface and air transportation, waterlogging in plains of Jammu and Srinagar cities,” said an official from MeT department.

The Srinagar-Jammu Highway was closed due to snow and slippery conditions.

Srinagar, the summer capital of the state recorded minus 1.5 degrees Celsius while the mercury in Qazigund in south Kashmir settled at a low of minus 0.2 degrees Celsius. 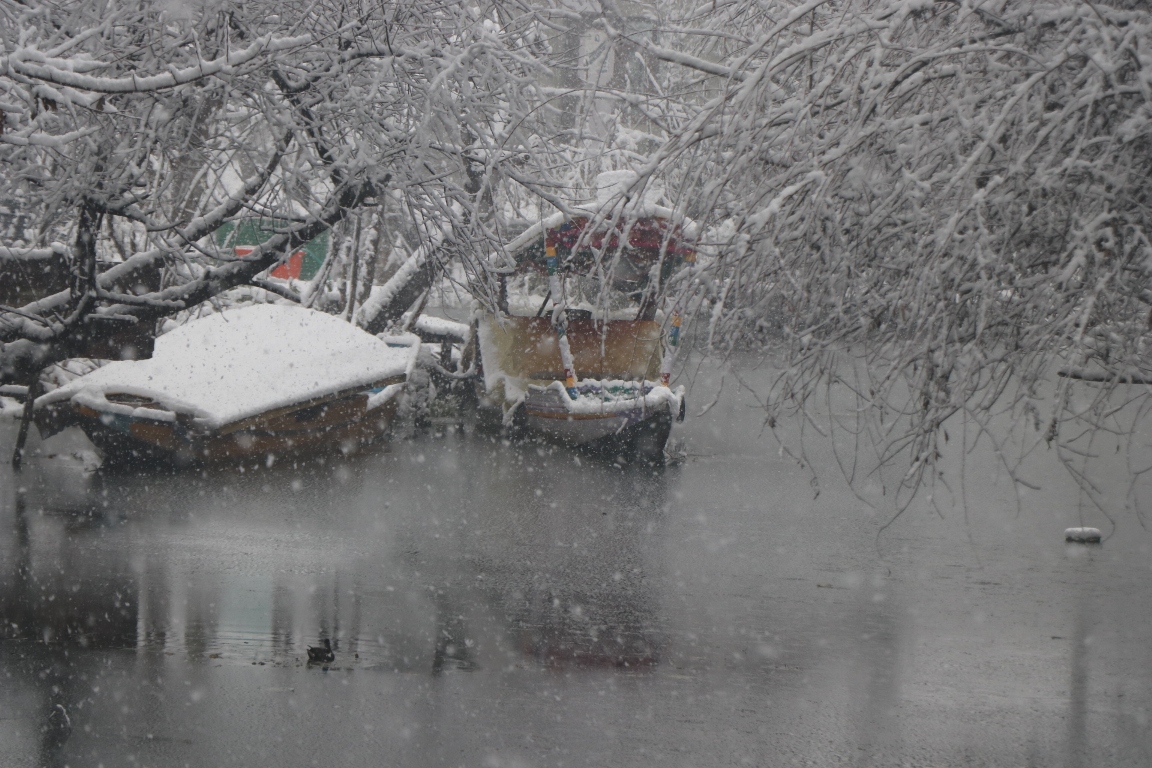 Gulmarg, the famous skiing resort in north Kashmir, recorded a low of minus 5.0 degrees Celsius.

The night temperature in Pahalgam – the famous health resort which also serves as one of the base camps for the annual Amarnath Yatra – settled at a low of minus 1.5 degrees.