Why Raantas Is A Prejudiced Patriarchal Folktale?

The tale wants to create hatred and competition among women to safeguard their husbands: each wife begins to take another woman as a husband hunter equivalent to Raantas.

I can’t agree with Margaret Halsey when she portrays folklore as a collection of ridiculous notions not held by her. I rather believe Grandma who would say that folklore forms base to the superstructure of our culture. Yet, when I look back at all the folktales I have been told, I wish some of them like the tale of Rantus, the way it had been told to me, should never reach to our coming generations especially for its patriarchal overtones.

Since folklore forms the base of all the discourse on which the consciousness of a child is framed, the ancient male-dominated cultures introduced gender construction in folktales. These tales firstly created a demarcation between male and female sexes, portraying them biologically, psychologically and socially different and then allowed the former to dominate the latter on the basis of these differences.

No sooner was her name mentioned than I would turn dumb and hide behind the curtains or creep inside the grandma’s pheran. If I still continued to be steadfast in my weepings, my sister would knock the window stealthily and produce some female sound announcing my name. How I disliked this Rantus, with childish hate, for being my enemy, how I even sometimes wanted to kill her until I learnt the reality!

Late came I know what this creature had actually been when the same prank was being tried on my younger brother. Raantas has basically been a mythical creature in Kashmiri folklore. It is usually supposed to reside in heavily forested areas; and frequents its visits to nearby villages during the winters. In the folklore, it is considered a sexual predator of men, a robber of children and a wild misogynist; trying to murder and disfigure women.

The first story I can recollect, associated with Raantas, was about her victim Sataar. The time when the agricultural fields, where now orchards stand, were extensively covered by rice crop, Sataar, gathering the day’s harvest into small heaps, works late one evening. Unexpectedly, his wife appears to help him. Sataar, at first, feels glad for having company but soon he is horrified at the way her wife works: she gathers the harvest spread over large plots at once into her arms for a single heap formation. A wise man, Sataar gets the clue and manages, at last, to hide inside this heap. Maddened to see him lost, the woman metamorphoses into Rantus, crying: “Satan Watnien Gonni Karimae, Kotu Gookh Sataaro”

She then destroys the entire heap and takes Sataar along with her.

Seven years after, Sataar, one day coaxes the small children of this very Raantus to teach him the way the stone at the entry of the cave, in which they are now living, can be moved to go outside. Escaping, he is able to make entry back into his village where the people initially mistake him for a yahoo (Wanne Mohnew); but is ultimately recognized.

People like Sataar, Daadi would tease me, portrayed the real description of Raantus. This creature is like a humanoid save certain amendments: her feet, marked by sharp claw-like fingers, are turned backwards like her hands; with a heavily haired body, her hair extends down to her feet. She is purely a nocturnal being, if a human being, the myth has it, sees her in front of a fire, she catches it wildly. Apart from fire, some even say that special hair, when recognized and taken out of her body, gives one control over her super-human power. Raantas, some magic believed to be in her possession, has the ability to disguise herself as any human being; which gives her the power to cheat any intellect.

Another story is that of Mokhtah, a young Kashmiri lady, who burns Raantas alive. Mokhtah’s husband is a handsome man is often sought my Rantus, sometimes in the guise of a policeman and sometimes of a forester, but each time she recognizes her. Haunted by her visits, Mokhtah visits some religious person who informs her about the way she can get rid of this creature. In the darkness of a wintry midnight, finally, she disguised as her sister-in-law seeking help from her brother after being turned out by her in-laws, when Rantus visits Mokhtah’s house crying, Mokhta, from the first floor, drops a burning Kangri over her and the Rantus disappears forever. 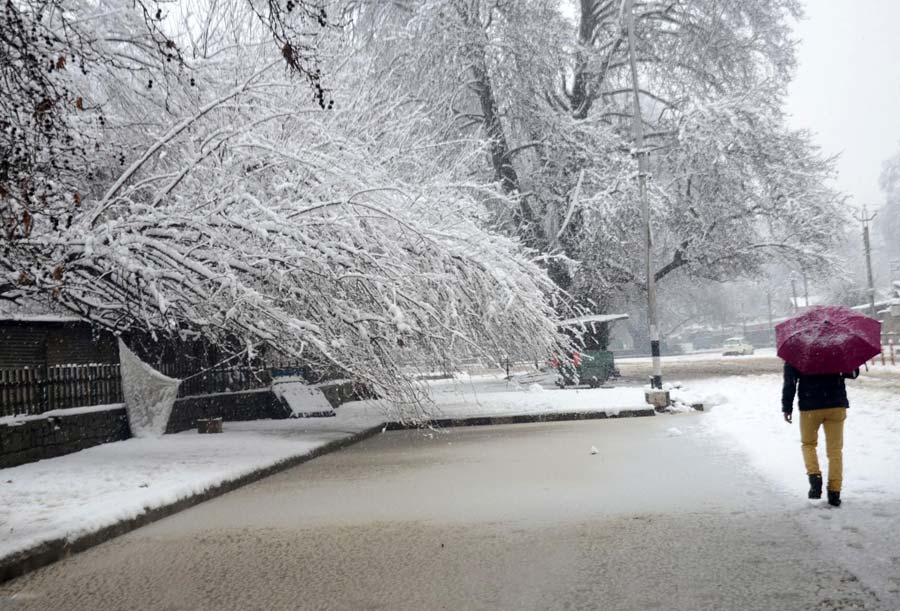 Analyzing this tale of Rantus from a feministic perspective, one wonders about the sex of Rantus, why the only female? And if female, why can’t be there a man in it who might be called Raantuk. Perhaps, the tale wants a child to take female as another version of this mythical creature, especially the way similarities between the two have been established through sex, shape, etc. Therefore, once the sexual stratification is introduced, the child is taught to fear and look down upon the feminine sex.

Further, the tale wants to create hatred and competition among women to safeguard their husbands: each wife begins to take another woman as a husband hunter equivalent to Raantas. Even today a woman, if she proves unfavourable in any way, is shockingly called a Raantas.

Hence it is quite unfortunate the way the patriarchy has used folklore as a means to acquire its goals. To maintain its power, the initial knowledge available to a child has been employed, discussed very lately by Michel Foucault. Now the question is, should we altogether keep our child unaware of our ancestral folklore? The answer is “no”. We must, rather, try to scrutinize it and avoid only the portion based on sexual prejudices, for the major of our folklore is very rare, precious and instructive.

(Author is a student of BA (Hons) English at the IUST, Awantipore. The opinions expressed in this article are those of the author’s and do not purport to reflect the opinions or views of Kashmir Life.)