A Cremation, A Tragedy

SRINAGAR: It was in the afternoon that somebody from Bhishamber Nagar rang me up saying that a dhabaywalla died of Covid19. I rushed to the Shamshanghat in Batamaloo where a number of shopkeepers were there.

They said the particular person was basically from Udhampur. They had a shop near the famous dhaba in Dalgate and the entire family was living in Srinagar. He was quite young and contracted Covid19. As his condition deteriorated he was rushed to SKIMS where he remained admitted for 11 days. He died early today.

As the process for cremation begun, the real crisis unfolded. His entire family was there. His mother. his wife, his sister. his brother and his sister-in-law. It was actually his minor son who had to initiate the process of consigning his father to the flames. He did not know. How come he would know? He is too young.

I did not ask the family what was the name of the dead man or how he used to call his son. 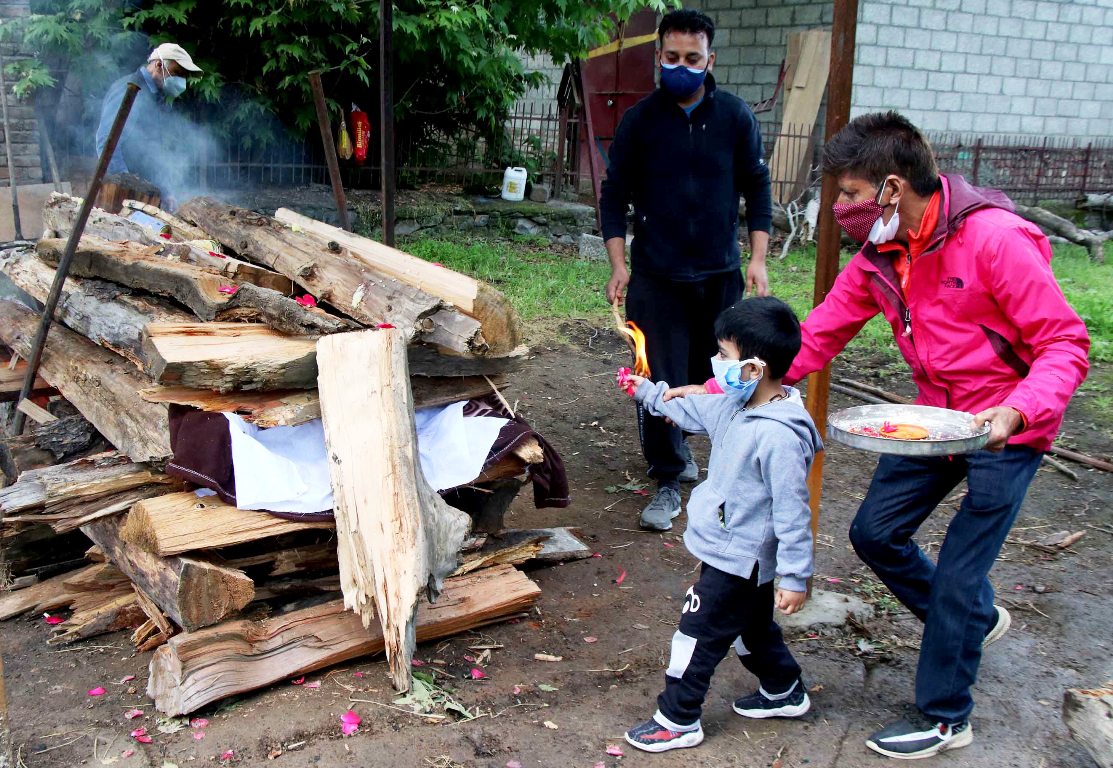 A young boy requires support even for showering petals of his father’s pyre in Srinagar on May 18, 2021. KL Image: Bilal BahadurThis essay is dedicated to this boy, his courage and his tragedy.

I pray for his better life and a good future. This pandemic has made world orphan abundant.

‘Our Demand Is Restoration Of Pre-August 5 Status’

‘Our Demand Is Restoration Of Pre-August 5 Status’