As Covid-19 cases continue to spike and breached the 3000 mark a day in the UT of J&K, authorities announced an 84-hour long corona curfew from Thursday evening to contain the contagion. In an attempt to break the chain, among various other measures, the historic Jamia Masjid and other major places of worship were closed again for congregation prayers. Unlike the winter months when Covid seemed to be under control, the onset of spring saw a surge in the cases, manifold. Turning out to be lethal, the second wave is the result of many factors, primary being lowering of the guard by both the government and the people. Driven by the optimism of overcoming the first wave, tourism activities, cultural, musical festivals, and public congregations were resuscitated but the raging lethal second wave of virus catapulted life back to last year, this time more deadly.

Amid hesitancy in a large population, initially, many journalists flocked to Kashmir Press Club to get the first jab of the vaccine. Walking a thin line in these turbulent times, the members of the fraternity are compelled to move around and report, the crisis and otherwise. India is third in journalists’ deaths globally, the only possible protection of reducing the severity of the mutant virus. The involvement of journalists was appreciated by the doctors and expressed hope that same would be reciprocated by others. The lethality of the virus has entered into all spheres of life. As per the study conducted by the Delhi-based Institute of Perception Studies, as many as 101 journalists have succumbed to COVID-19 in the last year. In the first four months of the year 2021, over 50 journalists succumbed to the second wave.

Known to the world as Prof Margoob Banihali, the man who donned many hats, successfully is no more. Born in Bankoot Banihal as Ghulam Mohammad Giri, the versatile author passed away at his Srinagar residence on Tuesday, after a brief period of illness. In between his journey from Banihal to Srinagar, the late scholar emerged as a person of repute and respect. Famous as a poet in his teenage life, his academic career of many decades won him accolades, across the geographies Initially, posted as Tehsil Education Officer, he later joined Kashmiri University’s Persian department as a professor and eventually headed varsity’s Kashmiri department. Post-retirement, he dedicated his life to the world of literature. Remembered as someone who contributed immensely to the language and culture of the place, he was also the father of Kashmir’s known psychiatrist Dr Mushtaq Margoob. His death, the people who know him and understand his work says is a huge loss to Kashmir. He was laid to rest in Srinagar, the place his family was compelled to move from, four generations ago by Sikh rulers.

Eighteen days after fighting with the virus, Omar Abdullah finally tested negative. Conquered by the invisible creature days after he took his first jab, Omar restricted his activities, both physical and virtual during his period of isolation. Now taking to Twitter, the erstwhile state’s former chief minister said he was lucky that he had no symptoms except for a blocked nose, that too after a week. However, reacting to the situation around, junior Abdullah amid the surge in Covid-19 cases has opened his inbox and is actively busy amplifying distress and SOS messages from COVID patients and their relatives from across the country via his Twitter account which has 3.2 million followers. The crisis around has also witnessed many other high profile social media users to help people in distress by disseminating their messages. 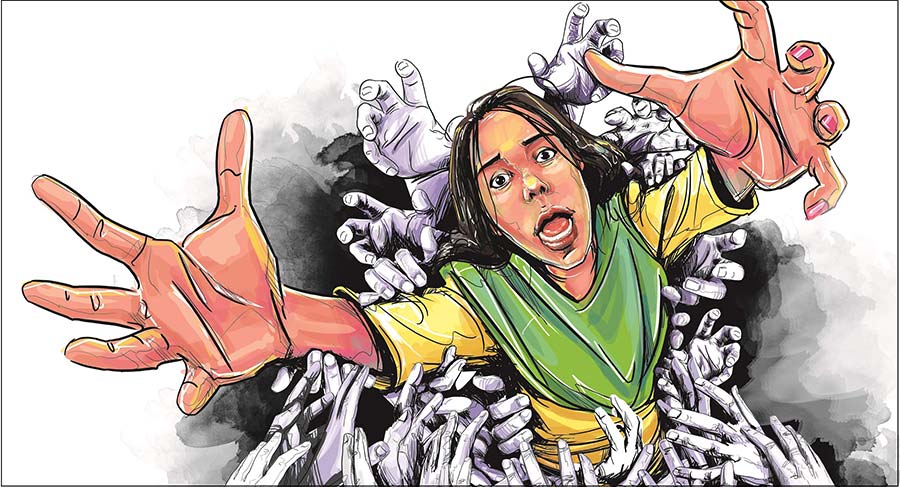 When the law chases seriously, the culprits have no way to escape from the long arm of the state, even after decades. This came true in Srinagar when Reasi police arrested a person 33 years after committing the crime. The incident dates back to 1988 when Ghulam Mohammad in Banihal disappeared after a rape and abduction case was registered against him in police station Mahore. Later a warrant was issued by the principal district and sessions judge Udhampur on June 22, 1989. For more than three decades, the person was on the run, while changing his location and identity, but finally when Reasi police got the clue, they roped in Srinagar police and arrested the culprit from Safa Kadal area. Interestingly, in three decades, many things changed for the erstwhile state of J&K. At the time of the commission of this crime, 33 years ago, nor was there was a sessions court in Reasi.

Anguish and anger was visible on the streets when vehicles with non-local registration were seized by the authorities. A mess was created when an order from RTO Kashmir seeking mandatory JK number plates and additional tax was issued. Resultantly, the wheels jammed inside parking spaces, fearing seizure on the roads. In many cases, the owners preferred to sell off at lower prices. However, there is a respite now when the Jammu & Kashmir High Court quashed a Circular issued by RTO, mandating the vehicle owners who have purchased their vehicles from outside to apply for a new registration mark in the UT.  A Division Bench at Srinagar comprising of Justices Vinod Chatterji Koul and Ali Mohammad Magrey observed that the circular does not meet the requirement of section 47 of the Motor Vehicles Act and unnecessarily affects vehicles entering the UT. However, the governments are mandated to screen and scrutinize the documents

One of the known pioneers of Baba Ghulam Shah Badshah University, Rajouri, Prof Irshad Ahmad Hamal is no more. As per the reports he was not well for a brief period of time. Having remained VC of the varsity for five years from 2010 to 2015, Prof Hamal, his colleagues remember contributed in every possible way. An able administrator and eminent academician is credited with credited for several academic and developmental initiatives in the varsity. His death has been widely condoled. The incumbent VC of BGSBU, Prof Akbar Masood has said that “it is a moment of grief and loss for the entire BGSBU fraternity.”

Fighting out to survive the invisible enemy, the Kashmir society is crippling on many other fronts as well. Succumbing to the societal norms, reports reveal worrisome figures of nearly 50,000 women having crossed the age bar of getting married, 10,000 alone in Srinagar. Among the reaming, the maximum belongs to south Kashmir. This survey, conducted by non-profit organization Tehreek e Fala-Ul-Muslimeen reveal the crisis has erupted because of fashion and trend in vogue, the major hurdle being the system of dowry. In between greed and glamour, a significant number is dying silently for the sake of holding their hand, respectfully. Besides coming forward to mitigate this problem, a series of sermons from Masjid pulpits should commence to talk about the issue, leaving differences for a while.

Previous articleCop Arrested For Opening Fire In Marriage Ceremony Amid Dispute Over Wearing Mask
Next articleRains Lash Gulmarg, Other Parts Of Kashmir Valley